There hardly exists a temple festivity as widely known as Puri Jagannath Yatra. Quite the very first thing to come to mind when one thinks of Temples of Orissa, Jagannath Temple remains the most renowned of the offerings the culturally rich state has for its pilgrims. Not the only one though! Join us in an expedition of this eastern Indian land of Odisha and witness the architectural remnants of its glorious past in the sacred shrines at Lingraj Temple, Anant Vasudev Temple, Rajarani Temple, Konark Sun Temple and many more!

Whether you want to carve out a weekend to explore its capital city of Bhubaneswar, the ‘Temple city of India’, and Puri, or devote an entire week to traverse its prominent cities and acquaint with the historical heritage sites and immerse in the spiritual environ evoked by its religious shrines, our Orissa Tour packages serve as the perfect introduction and invitation into the magical mysteries of Odisha. Let the ocean- waves along its shores wash away remnants of fatigue life has cast on you, Let the spiritual indulgences its soil offer provide retreat to the parched regions of your soil, Let the glories of its historical and cultural splendor augment your sense of pride in our Indian nationality.

Orissa, the land of mesmerizing beaches, Vivid cultures, Stunning wildlife sanctuaries, Numerous gorgeous temples, and Panoramic landscapes. If you look at the tourism rate of Orissa then you will realize that this mystical state is flocked by millions of tourists thronging from all across the globe to witness the unique charm of this state. After looking at the increasing Orissa travel and tourism rate we decided to design some exclusive Orissa tour packages like if you are looking to quench your thirst of visiting the holy destinations in the state then check out our Orissa Religious tour packages and go on an auspicious Orissa Religious tour. These packages are designed in such a way that it helps the clients in the best possible ways to make their journey luxurious and comfortable.

Also, the best thing about our tour packages is that these are designed after considering all the parameters especially budget and this is why you can find a good range of packages including budgeted to cheap budget holiday packages. Book Orissa Tourism packages and lace up your shoes to experience one of the best travel experiences which refresh your mind and remain in your heart throughout your life. 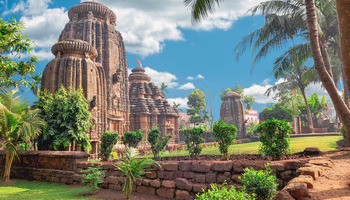