One of the most pious pilgrimages in India, Char Dham Yatra in Uttarakhand is a cherished dream of every Hindu devout where they want to embark on at least once in their life. The pilgrimage holds a belief that covering these holy abodes in Uttarakhand helps you attain salvation and liberation from the cycle of birth and death. Our beautifully crafted Char Dham Yatra tour packages make your life so easy and comfortable by arranging top-notch accommodations, transport, VIP Darshan Pass (covered under few packages only). Book Char Dham Yatra tour package with Pilgrimage tour and make this challenging and arduous trekking pilgrimages easy and successful.

Chota Chardham Yatra is a yatra to four holy pilgrimages located in small beautiful towns of Uttarakhand state in the northern part of India. These four temples are dedicated to four different Gods and Goddesses. This yatra consists of visiting the four holy temples namely Badrinath, Kedarnath, Gangotri, and Yamunotri. The actual Chardham Yatra consists of four temples situated in East, West, North and South direction each. That is why the ‘Chardhams’ of Uttarakhand are called “Chota Chardham Yatra.

The four dhams of this yatra are Badrinath, Kedarnath, Gangotri and Yamunotri. 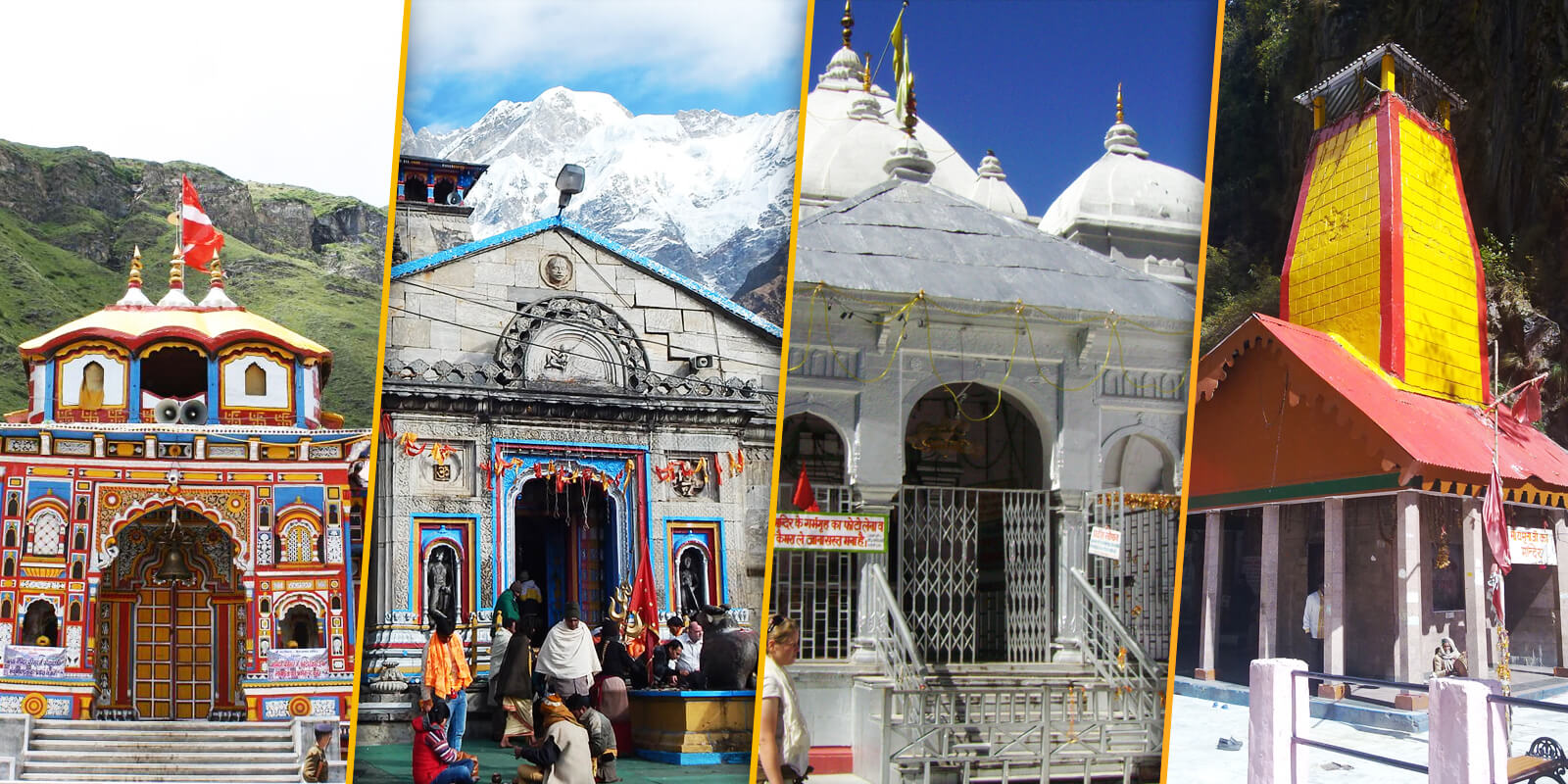 Badrinath Temple: –is located in a town of Chamoli district of Uttarakhand state. This temple is dedicated to Lord Vishnu. It is believed that Lord Vishnu had meditated here and his wife Lakshmi was protecting him from scorching sunlight and freezing cold breeze in a form of “Badri” tree.

Kedarnath Temple: –is located in a small town of Rudraprayag district of the North Indian state of Uttarakhand. This holy shrine is dedicated to the supreme god Lord Shiva. It is said that when Lord Shiva was escaping so that Pandavas could not find him, he took a form of buffalo. But Pandavas anyhow finds Lord Shiva as they wanted to absolve themselves from the sins. He was impressed and allowed them to worship him there, where now stands the Kedarnath temple.

Gangotri Temple: –is the origin of the holy River Ganga and is located in the Uttarkashi district of Uttarakhand. This temple is dedicated to Goddess Ganga. She took the form a river to wash off the sins of King Bhagiratha’s ancestors and predecessors.

Yamunotri Temple: –is located on the banks of River Yamuna in the Uttarkashi district of Uttarakhand state. This temple is dedicated to Goddess Yamuna. According to legends sage, Asit Muni used to live here and used to go Gangotri for bathing daily. But when the sage turned old he could continue going to Gangotri for a bath. Then a miracle happened and a stream of River Ganga appeared there so that the elderly sage could continue with his bathing ritual.