Chardham Yatra originally referred to the four sacred sites- Badrinath, Rameshwaram, Puri, and Dwarka- brought together by Adi Shankaracharya in the 8th century to initiate a pan India pilgrimage trip. Albeit its strategic initiative to evolve an archetypal journey that traverses the diverse geographical terrains of the Indian peninsula, evoking the shared sense of belonging the land engenders in spite of her diverse contours, the original Char Dham consisted of predominantly Vaishnavite shrines and one Shaivite shrine.

The Himalayan Chardham, rather the Chota Chardham, emulates unification of the various strands within the Hindu religious circuit too and combines four famous abodes of Divinity across the Himalayas in a single pilgrimage trajectory. It is noteworthy that two of the shrines are dedicated to Shakti – Yamunotri, and Gangotri (Goddess Yamuna & Goddess Ganga respectively), while one each for Lord Shiva and Lord Vishnu, Kedarnath and Badrinath. India’s undertaking of a massive reconstruction of transportation in the border areas after the 1960 Indo-China war made a trip to all these holy shrines an actually possible for many, many Hindus, who till then had resigned the fortune to be granted only to wandering ascetics and monks or to the very rich. 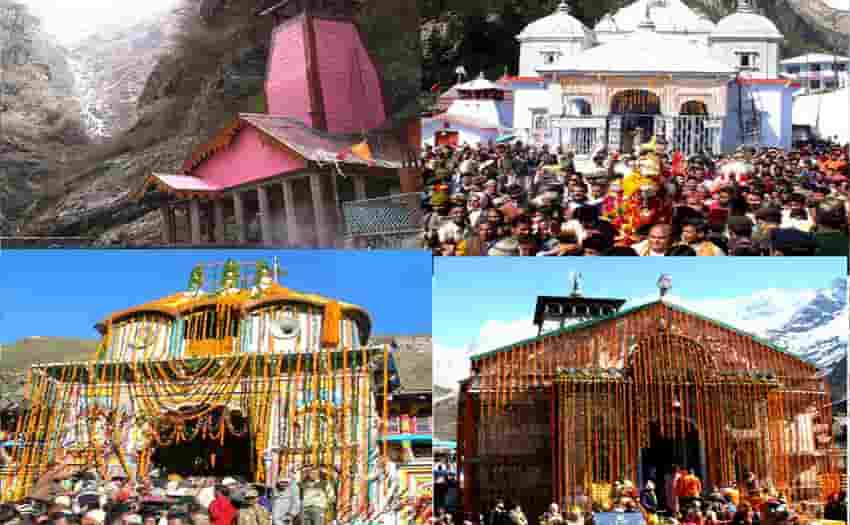 [You like Also Read: Routes of Char Dham Yatra]

Gone, truly, are the days when only those who could afford an entourage to accompany them could think of undertaking the coveted Char Dham Yatra. They say in the scriptures, that in Kali Yuga, doors to Moksha, Salvation, would be readily accessible to more human souls who make the sincere effort. Well, it seems like Char Dham Yatra is easier than it has ever been before in history stands testimony to the same.

In fact, certain state Governments like Karnataka even provide subsidies to reduce any financial baggage incurred by the needy pilgrim. Talk about doors of Moksha being democratized! It is unlikely that a Hindu growing up in India have not heard of the religious significance of the Char Dham Yatra. So fruitful is said to be the Karma Phal of the devotee who successfully undergoes the perils and pleasures of the journey that it can open even the doors of moksha probably ensuring a relief from the incessant cycles of life and ensuing death.

The trajectory usually begins from Haridwar or Rishikesh. A typical journey attempts to move from the west to the east, from Yamunotri followed by Gangotri and Kedarnath to and at Kedarnath. One prays for her blessings at the holy seat of Goddess Yamuna built as Yamunotri temple adjacent to the actual, physical origins of the river from Yamunotri glacier. The adventurous of the folk visiting the temple undertake the trek towards Yamunotri glacier. The second destination, that of Goddess Ganga, where she flows as Bhagirathi River, from her conception at Gaumukh glacier is a beautiful opalescent temple that reflects the pervasive purity associated with Mother Ganga in a conventional Hindu mind. The journey now moves on to Kedarnath, where Lord Shiva’s benediction power is generated in his beautiful jyotirlingas. The successful journey culminates with one’s receiving Lord Vishnu’s bounty from Badrinath Temple.

Char Dham Yatra India, as you might well know is a true once-in-a-lifetime trip. It would prove wise to choose as your travel planner someone who can hold your hands across its many perils and pleasures firmly, freeing you from worrying over the practical nuances of the trip, so that your mind can continue dwelling on supreme devotion for God. Allow us this privilege, for we have successfully transfigured this beatific yet perilous pilgrimage trip for thousands of pilgrims, and we cannot wait to be a part of your memories on the trip as well.